On Spouting Emotions From the Rooftops In June author Adrian Duncan won the inaugural John McGahern Book Prize from the University of Liverpool’s Institute of Irish Studies for Love Notes from a German Building Site. Named for one of the most important Irish writers of the twentieth century, the annual prize recognizes the best debut novel or short story collection by a writer in Ireland. Madeline Carey read Duncan’s debut to see what the book has to say about the emotional pulse of a building site.

At first glance, Adrian Duncan’s first novel, Love Notes from a German Building Site, promises to be an aesthetically pleasing literary experiment. The novel has been well received in the UK and Ireland, winning the inaugural John McGahern Book Prize in 2019. John McGahern (1934–2006) wrote often about work, about the daily rituals of labor and how labor is tied to love and emotional life. McGahern’s characters — restrained, rural men and women — are firmly attached to their surroundings and the land of their birth, whereas Love Notes is a much more transient affair, a contemporary narrative of highly educated Irish adults working in that promised land called the European Union.

Duncan, an Irish writer and visual artist, worked as a structural engineer for over a decade. Poets and painters writing novels is common, but fiction written by an engineer? At the very least it will pique the interest of readers interested in architecture and the poetics of space. The title alone intrigues with this mix of something so sweet and intimate (Love Notes) with a place that sounds so masculine, somber, and gray (a German Building Site).

Duncan’s novel tells the story of Paul, a thirty-something engineer who has spent a few difficult years un- or underemployed in Dublin. Due to high rents and a precarious job market, he and his girlfriend Evelyn, raised in Ireland by German parents, move to Berlin, where she trains to work as a curator and art handler. Paul, wanting, ostensibly, to be near Evelyn (his devotion to her seems rather tepid throughout the book), joins her, taking a job on the renovation of a commercial building in Alexanderplatz. And so we have our story: a man at work, the woman he (sort of) loves, and several long, cold months in Berlin.

So I embarked, trustful, as a reader. The novel combines sections describing the site (the construction materials, the delays and dilemmas as well as the personalities of the men who work there, all in minute detail), a series of love notes that often begin with a glossary of Paul’s most recently acquired German vocabulary (die Zahl; das Zahlwort; zahlen, zählen, erzählen), snapshots of his life with Evelyn, and flashbacks to Paul’s life in Ireland — melancholy reflections about his mother and his dog. Listed here it all sounds quite mundane, but because the structure — the scaffolding of the whole thing — seemed so well put together, I was willing to read past the distanced, sometimes quite banal descriptions of Berlin and Paul’s co-workers, hoping to find some emotional core, a revelation.

What the reader learns about a building site is in many ways unsurprising, even stereotypical. The site is a masculine space, where bosses use rough language, and men, most of them from Eastern Europe, are overworked and underpaid. Poor Europeans are badly treated by the richer ones, but there is a certain solidarity among the downtrodden and, despite the bleak Berlin winter and a series of setbacks, they do eventually get the job done. Paul does his best, and goes beyond what many of us would do to meet deadlines and cover up mistakes, oftentimes showing the reader and his co-workers that he may be better suited for other more cerebral pursuits than construction:

I awaited, well, something: perhaps not a climax or a crescendo, but some sort of pattern, a key to all the explorations, a code to crack all these frustrations. I was waiting for what Paul had promised us: a shift. Instead he delivers minor rumblings, irruptions of impatience:

Many of the ideas Duncan is exploring — migration, the many different Europes, language, male yearning, psychogeography — are fertile ground for beautiful prose and engaging literature. We know this thanks to the work of writers as varied as Roland Barthes, Teju Cole, and W. G. Sebald. Yet Duncan’s debut, while neat and gentle, is never transformative. Like Paul’s patience, the structure, so promising at first, just crumbles. The fuel of the novel — the turmoil of the construction site, all those angry overworked men, all that frustration and unattained dreams — just burns out. The languid prose never made this reader feel any sort of connection with the cityscape, the building site, and even less so with the characters, who felt like mere sketches, rooms to be filled in/up later. Duncan seems to value form over its function and gives a story about building and not at all about actual buildings.

Fortunately, though, Duncan’s writing got me thinking about building sites as fodder for the literary. Construction is such an important part of that literary setting par excellence: the city and its habitants. After reading Love Notes I thought about books about building, about construction sites, about how buildings are built and maintained, organized and managed, about the humans who do that work and the feelings there within. These thoughts led me to reread two wonderful novels that explore the ways in which buildings affect our emotional lives in profound and surprising ways. So, while I can only hesitantly recommend Adrian Duncan’s prize-winning debut, I can wholeheartedly recommend two earlier novels now available in translation. 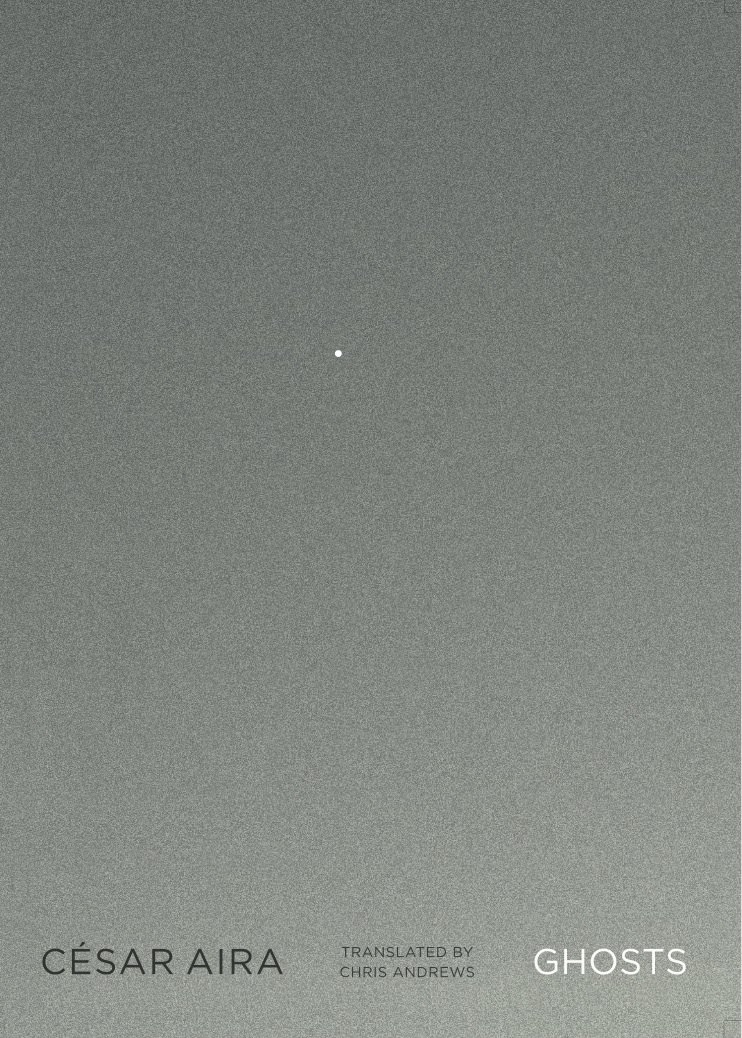 Ghosts
César Aira
Translated from the Spanish by Chris Andrews

This short, superb novel is set on the building site of a luxury apartment block in Buenos Aires. The action takes place over one day, New Year’s Eve, during which the soon-to-be residents arrive to see how the work is progressing. We quickly learn that Raul Viñas, the night watchman, lives with his family on the roof level. Ghosts, like Love Notes, is a story of migrants, of men at work, in this case Chileans in Argentina. It is also a more daring and wildly more successful experiment. Aira, unafraid of mixing registers and genres, is able to provide social satire, a philosophical treatise on the art of architecture, and a hilarious ghost story all in just 135 pages.

Like Duncan, Aira reflects on masculinity and differences of what is expected of men in different national cultures, but he also paints vivid portraits of women and the relationships between mothers and daughters, aunts and nieces, sisters.

Quite miraculously Aira is able to ponder the difference between the built and the unbuilt:

then shift into the taut tension of a thriller:

and, closer to the end of the novel, drift into a poetic description of the witching hours, just as the sun sets over the building site:

Ghosts, which promises us nothing from the outset but vivid descriptions of construction workers drinking wine, gives us so much more: a group of laugh-out-loud funny ghosts, a delicate, sensitive portrait of adolescence, a universal reflection on family and loneliness. These notes from a building site will make you gasp, as if you’ve witnessed a spontaneous high-wire act. Territory of Light: A Novel
Yuko Tsushima
Translated from the Japanese by Geraldine Harcourt

Territory of Light was originally published as twelve stories (one per month) in the Japanese literary magazine Gunzo between 1978 and 1979. The novel is a first-person account of that tender, raw time: the first year of a separation. In this case that year is made all the more difficult by the fact that the unnamed protagonist is a woman and a new mother. The story, again, takes place in a building not fully occupied, but essential to the emotional core of the characters’ lives:

The young, soon-to-be divorced mother is the first resident in the “newly christened Fujino Building No. 3.” It turns out that Fujino is also the last name of the woman’s husband, so she’s often mistaken for the owner of the building, a clever twist of black humor as the woman has so little agency.

Tsushima is a subtle writer of immense beauty and grace. This novel, about one woman’s struggle to love and nurture both herself and her daughter over the course of a most arduous year, is controlled, rare, and utterly gorgeous. Tsushima plays with light, and oscillating darkness, as a way of constructing feeling. Along the way the author explores much about masculinity in Japan and motherhood universally. It’s a brave and lucid story of a woman’s first year on her own, and a profound reflection on what it means to build a home, to fully inhabit a space.